We can all recall a time when we wore our best beer-stained fangirl t-shirt and heard that one phenomenal band for the first time in that cramped living room with chipped-paint walls. Maybe it was in April of 2008, when Lenny Stoofy freed your mind and your body at the Scrummage Toy Factory on Van Dyke and Davison. Perhaps it was that time you brought the year 2011 to a close by skanking raucously at “Detroit’s sexiest anarchist collective,” the Trumbullplex. Or maybe it was that time Dr. Handsome covered “She’s Not There,” by the Zombies two months ago at Whatever Fest in Midtown and you cried yourself to sleep because it was better than the original.

Whatever the case, these unique and beloved experiences exist solely in the smaller, more intimate musical venues that make up Detroit’s underground music culture.  But why is it that these smaller DIY hotspots have been gaining such enormous ground as the venues of choice for young people in Detroit?

…says Eric Schmeling, an eternal supporter of Detroit’s small local music venues and a guitarist for the now disbanded Detroit group, Cave System. After attending shows in the city since he was in high school, Schmeling says that when choosing a venue, he would almost always prefer “some dude’s basement over the Crofoot.” In other words, the smaller, the better. Underground venues and house parties are cropping up all over Detroit, filling quickly with Detroit’s youth and inspiring kids from the suburbs to make the trek to see their favorite local bands.

Brittany Badenoch, who has been involved with smaller music venues in Detroit since she was seventeen, praises their incredible presence in the city’s musical community, and not just on account of sweaty bodies. “The great thing about Detroit,” she says, “is that there’s so much space to have a venue and just kind of set up shop.” She also points out that underground venues offer a “way more laid-back and real way to enjoy music, rather than going to a venue and having to pay for parking or tickets, etc.”

What makes the underground music scene in Detroit any different than that of other American cities? “Initiative,” Badenoch says. “If you go to any other major city, you don’t really meet people who are ‘creating something out of nothing.’” In those places, “there are so many night clubs and venues… we [also] have really cheesy night clubs, and no one I know wants to go to those. So if we don’t create something ourselves that’s going to be more up our alley, we don’t have anything.” These smaller venues, as Badenoch confirms, “really force people to show initiative where they maybe wouldn’t [otherwise].”
Rising from the ashes, as they say.

Badenoch says that the significance of underground venues, however, stretches beyond just those kids who want to dance around, inebriated, for hours. “Detroit is a place where people are really anxious to create new good things in the city and DIY venues are a really good outlet for that. They really appeal to a lot of different types of people, like someone who’s interested in public relations or someone who is interested in business, etc.” Furthermore, Badenoch reveals that as a musician, she’s found that “DIY spaces always make an effort to promote a lot because they want people to come and they want to have a good reputation for their venue.”

Taking on the role of one of Detroit’s most lauded female rappers, Breezee One, Badenoch says that she has a huge spot in her heart for the house shows and underground venues that hosted her when she first started. “Me… I don’t play instruments, I’m not a really phenomenal singer (she’s terribly wrong about this), but I still make music and I still play shows.” Artists across the globe agree that it’s incredibly difficult to make a name for oneself in the music industry, and Badenoch confirms this fact. “If there weren’t DIY places, I would have never started to play because I wouldn’t have known how to approach it. The great thing about the DIY spaces is that you can be a no-name band and get a show there and then start your foundation with a fan base that way.”
Clearly it was these “dudes’ basements” that gave Badenoch and many others their start in the Detroit music culture.
But is playing at these smaller, lesser-known venues ideal for musicians in the long term?

Lead singer and guitarist for beloved local band The Hounds Below, Jason Stollsteimer isn’t so sure. “House shows are the most crucial point in a band’s life,” Stollsteimer says, “and when you first cut your teeth playing those shows, it’s pivotal.” The singer started performing at and attending smaller venues religiously in 1994, where the scene was prevalent in various suburbs of Wayne County. Now the local music mastermind says he would choose almost anything over the basement. “They have a time and a place,” Stollsteimer says. “I don’t feel I’ve gotten old, I just want to hear the band the best they can sound. And the best sound is very much not underground.” As a musician, Stollsteimer says, “I haven’t actually played a house show since 2000.” He explains, “the last time I threw one or went to one, there would be maybe ten bands there, and maybe one out of the ten would do anything more than that house party.” Stollsteimer, in fact, declares the entire idea of underground music an odd paradox: “the unsaid goal of underground bands is to become not underground, because if you wanted to be underground, you wouldn’t play shows.”

“I never wanted to be famous,” he explains, “I just wanted the songs I was writing to be heard. And why do people at the Trumbullplex make a Facebook event page? Because they want people to be there.” So, while putting one’s band out there at those small shows is definitely a key point in one’s musical career, Stollsteimer believes that the reality of underground venues is that the goal for musicians playing them is almost always to be done playing at underground venues. “If you play house shows for fucking 10 years that’s not good.”
So, perhaps spending ages thrashing on a stage in your friend’s living room isn’t going to pay your rent or get you a spot on MTV’s “Wake and Shake,” but everyone can agree that those shows are a step in the right direction.

The underground music scene “is as popular as it always has been,” Schmeling says. “It’s more cyclical, than anything else.” He explains that when “real life catches up” with the people in charge of a specific venue, there is seemingly always someone there to take over the others’ musical role in the community. 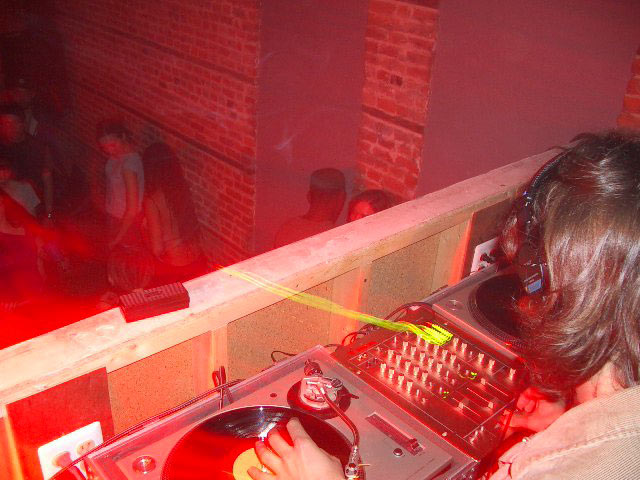 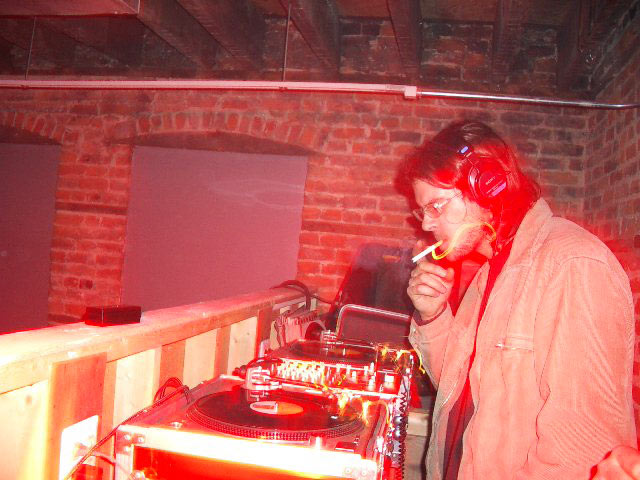 Alas, Bankrupt or not, Detroit is still going to give us as many chances to experience underground music as we could ever ask for. Those paint chips are ours, ladies and gentlemen.  And don’t let anyone try to convince you otherwise.

By setting aside what may be more lucrative opportunities in exchange for the chance to perform for those fans who supported them at the very beginning, these bands are showing immeasurable passion for their art and devotion to their homes. They see something in Detroit that other musicians don’t: a need for music in and of itself (sans societal bells and whistles). And as Badenoch says, she is very proud of kids these days because, “the new generation is seeing this need and deciding to do something about it.” And that is what Detroit sounds like.