“If I’m given the chance to eat at McDonald’s or eat a healthy balanced meal, I’ll choose the healthy one even if it takes longer to eat,” Ryan Allen describes to me as I quickly type up his words next to a broken tape recorder. I do a double take as I realize what I just typed. “Is this guy talking to me about food right now?” I ask myself. Then I realize that Ryan Allen isn’t just telling me what he had for lunch, but is instead making one of the most significant analogies to the way people listen to music that I have heard in a long time as a music journalist. So I laugh out loud.

See, Ryan Allen is trying to explain to me that he believes people don’t really savor music like they used to.

– he says, and explains that he would prefer for the music he makes to require several listens in order to gain approval form his listeners. He will later compare his music to “a good book,” which one “wouldn’t want to finish in one sitting.”

Metaphors aside, Ryan Allen does exactly what he came to do with his new recording project, Ryan Allen & His Extra Arms. After participating in many different bands so far, such as Thunderbirds Are Now!, Destroy This Place, and Friendly Foes, Ryan decided to step away from his collaborative arts and do something altogether individual. In creating the solo albums for Ryan Allen & His Extra Arms, Allen was able to use all of his experience in bands to his advantage, because, as he says, “the longer you spend doing it, the more honed in you can become on how you want the sound to get across.” But he wanted to produce something completely different from anything that his bands would put out. He describes his band Destroy This Place as loud and somewhat aggressive, and says that with his solo music he wanted to “dial that back.”   That sound ended up being what he calls “smart, personal, and emotional lyrics [coupled] with melodic pop music.” Don’t let the term ‘pop’ turn you away from the album, though, because he uses it in more of an old-fashioned, British invasion, sort of way. This sound comes naturally to him, and his listeners will not be disappointed by its execution.

I listened to “Heart String Soul” for the first time on one of those snowpocalypse mornings in which one is able to relax for lack of obligations, but pretty quickly feels the sting of cabin fever. This album is much like that feeling, because while it is extremely catchy (I mean take-up-arms-against-this-melody catchy), it also exudes such strong emotions that it is somewhat cabin-fever-like in its desperation to be heard. Allen explains this idea, saying that he wanted to go for something that is “power pop like Fountains of Wayne,” but veers away from that music in that it is not “very surface level.” He wanted to create songs that would “combine something that’s very unique to listen to with lyrics that are maybe not shiny happy people songs, but songs about being jealous of your friends who are more successful than you and stuff like that.”

I dug this album because it reminded me of the soundtrack to one of those 90’s films with very little plot, met with actual real life adult issues. It struck me as sort of Motion City Soundtrack meets early New Pornographers meets The Who. Is that a thing? If it is a thing, it’s this thing for sure. And for all of you who were saying to yourself, “Hey, this sounds a little like Big Star to me,” not to worry! Because Allen himself declares that they were one of the biggest influences on the album. He also adds in a little Teenage Fanclub and Tom Petty to the mix of inspirations for good measure. So I suppose, not for lacking of trying to narrow it down, we will have to call it a hybrid of all six, but not in a too-many-cooks sort of way. Phew. I’m exhausted. 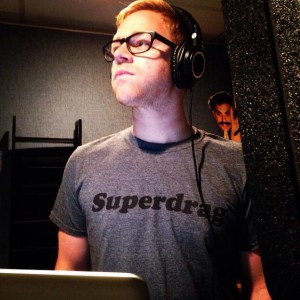 And where did such goodness come from? Ah, well, in this case, “Heart String Soul” was inspired by the past few years of Ryan Allen’s life, including stories about his wife and his three-and-a-half-year-old son, Emitt. He loved playing in bands for years, but was inspired to go solo on this project because of these stories and their extremely personal nature. He explains that this does not mean that he felt himself unable to write passionate songs in a band setting. In fact, he says, “I don’t think I could make music and call it solo music without the experiences that I’ve had playing in bands.” He just means that when he writes songs he is able to see whether they would best be created with others or alone. Furthermore, because Allen has actual adult stuff on his plate, he doesn’t want to just “go to band practice and sit there and bullshit and get nothing done.” He says, “If you’re twenty-three that’s awesome because it’s not a waste of time,” but if you are thirty-five, “you better do something productive.” This combination of planning and focus behind “Heart String Soul” place each track on the pedestal of being carefully considered and deliberately crafted for this specific purpose over many years. These qualities are not as common as one would hope in the music industry.

The honesty of the album doesn’t necessarily separate it from albums being released by other Detroit artists today. But the stories themselves do. Years ago, Allen would have told his simple tales over loud speakers, wanting only for flannel-clad hipsters to bounce around on creaky wooden floors in response. But Allen has realized that his stories have expanded a great deal over the past few years. And when his three-and-a-half-year-old son looked up at him upon seeing the album cover appear on the computer screen and said, “Dad that’s your CD! We should listen to that!” he realized his target audience had expanded quite a bit as well. 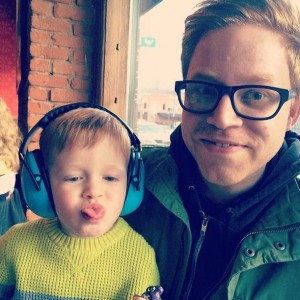 Ryan Allen will perform songs from his album live at the album’s release show, which will take place on March 28, 2015 at the Berkley Front. He will play with Sean Sommer on drums and Michael Majewski on bass, and the band will follow two others, Love Axe and Javelins.